The University of Macau (UM) recently held an opening ceremony for an exhibition titled ‘Celebrating the 40th Anniversary of the University of Macau: Documents and Archives Exhibition’. A facility donation ceremony for the Manuscript Corner was held on the same day, during which the university presented a letter of appreciation to a representative of Bank of China Macau Branch in recognition of the bank’s donation.

The Documents and Archives Exhibition is one of the activities held in celebration of UM’s 40th anniversary. A total of 42 precious manuscripts related to UM are displayed at the exhibition. They include congratulatory letters from leading universities around the world to celebrate the establishment of the University of East Asia (the predecessor of UM), original letters of appointment to UM rectors and vice rectors; records of honorary doctorates conferred by UM over the years, and manuscripts of eminent experts and scholars. Prof Yonghua Song, rector of UM; Prof Rui Martins, vice rector (global affairs) of UM; Ms. Cindy LAm, director of Alumni and development Office; and Ms Crystal Lok, integrated marketing director of the Personal Banking and Channel Management Department of the Bank of China Macau Branch, attended the ceremony.

The exhibition is in the Manuscript Corner on the first floor (Zone A) of the UM Wu Yee Sun Library. It will open between16 April and 15 June, from 9:00am to 6:00pm. The second exhibition will be held this year in late June which will display UM’s first publications, personal manuscripts of local historical figures, and rare historical manuscripts. 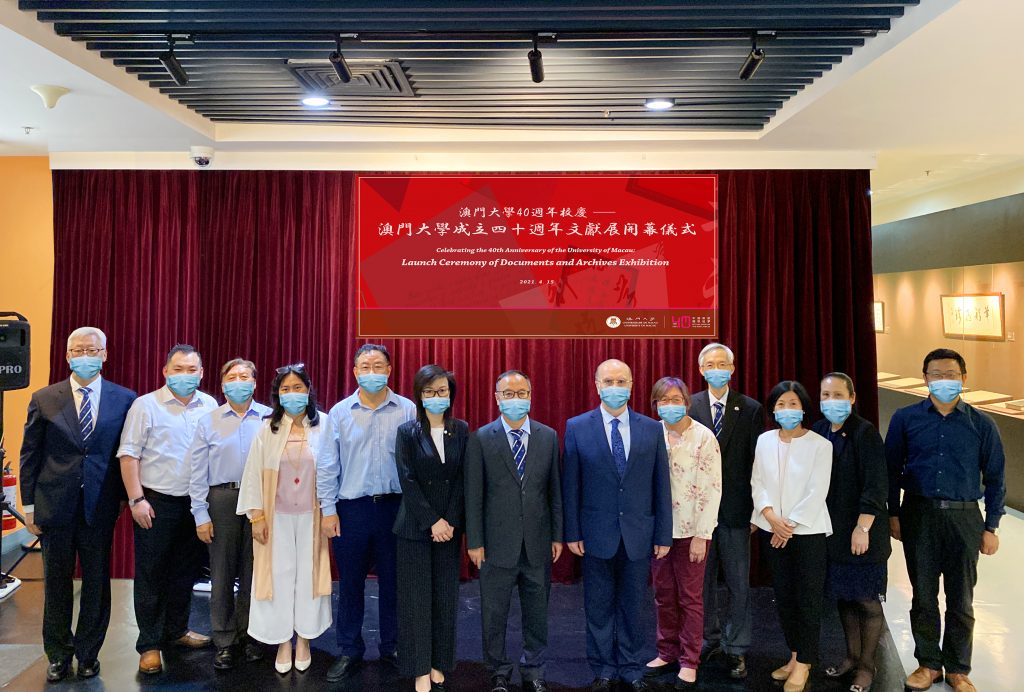 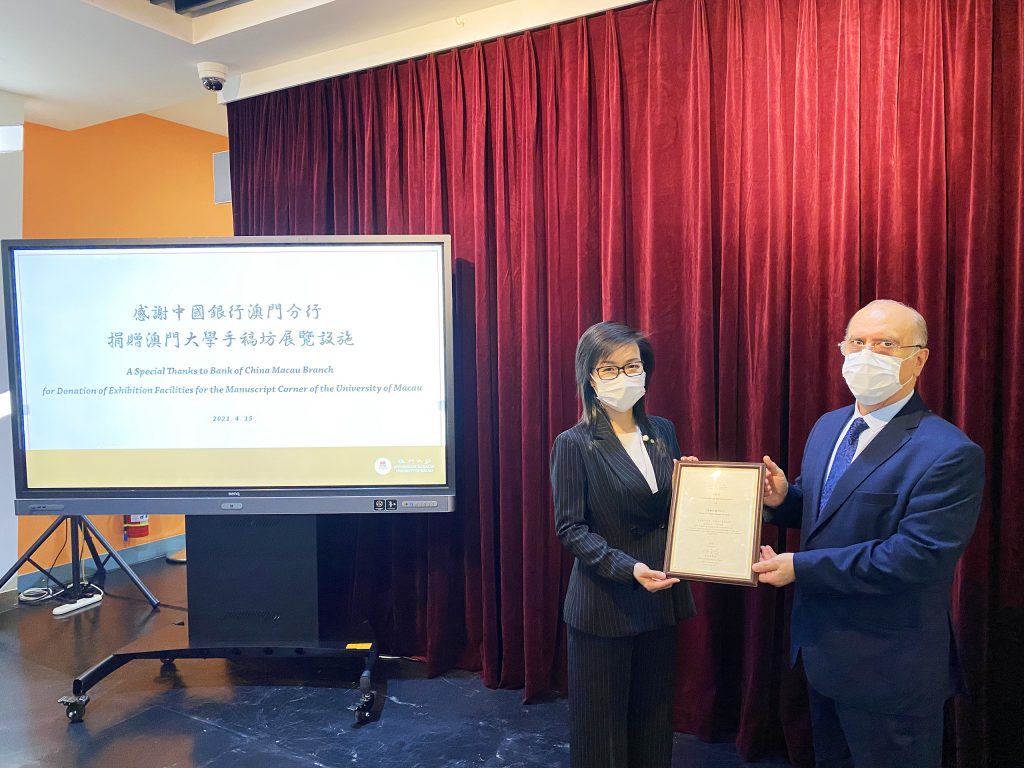