This year’s competition received a total of 71 applications, covering areas as medical equipment, biotechnology, smart city, and financial technology. The ‘UM SupraScience’ Team won the first prize for a novel platform based on supramolecular technology for live cell-mediated drug delivery. The product showed great potential in clinical trials in the form of reagent cartridges, which can quickly bind patients’ somatic cells to drug-loaded nanoparticles and return them back to the human body for treatment. It can be applied to the coupling delivery of a variety of cells and nano-drugs to treat different diseases.

The One Million Dollar Entrepreneurship Competition was launched in 2011 by the Hong Kong University of Science and Technology (HKUST). This year’s regional competitions were held in Hong Kong, Macao, Foshan, Shenzhen, Guangzhou, Beijing, and the Yangtze River delta. The event aimed to provide a platform for students, entrepreneurs, and investors to exchange ideas, collaborate in competitions, in order to get to know more about each other. The Macao regional competition was organisesd by HKUST, hosted by UM, and sponsored by the Bank of China (Macau Branch). 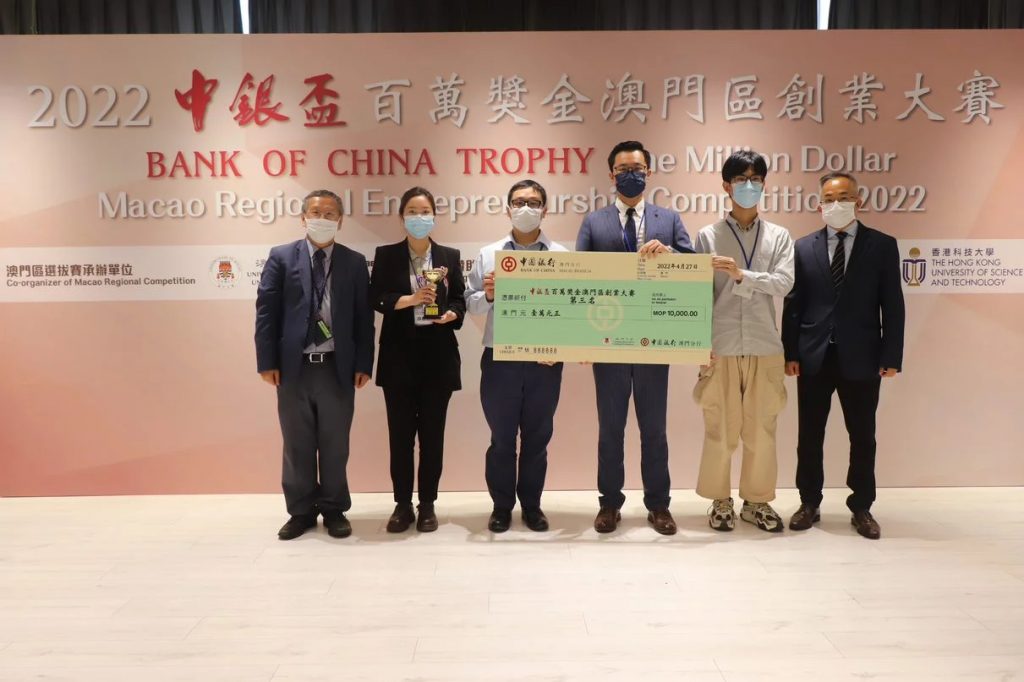 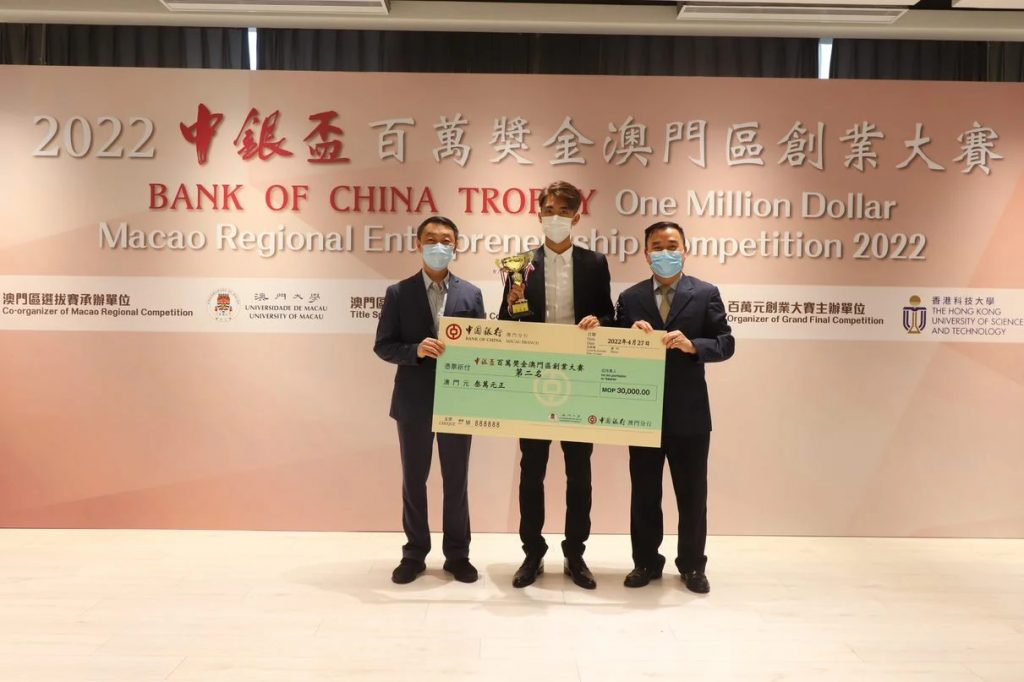 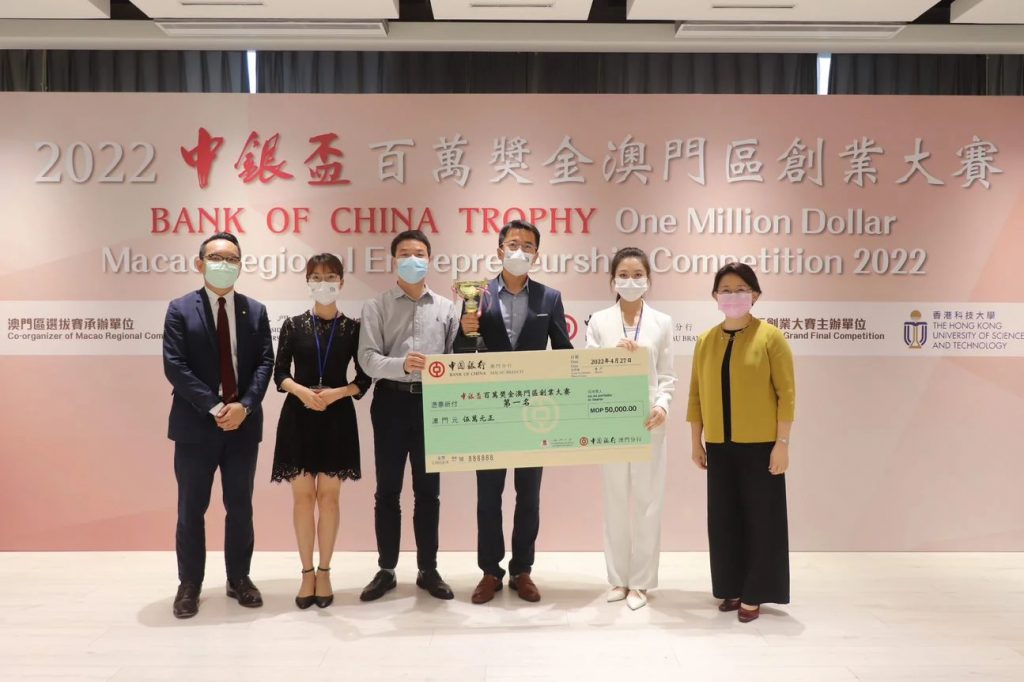