The University of Macau (UM) Library held a preservation ceremony for a rare Portuguese manuscript titled ‘Official Report of the Embassy of King John V of Portugal to Emperor Yongzheng in 1725-1728’ recently. The manuscript, donated by the University of Macau Development Foundation, details the arrival of the Portuguese ambassador Alexandre Metelo de Sousa e Menezes in Beijing via Macao to visit the Yongzheng Emperor and is of great significance to the study of early Sino-Portuguese relations.

In his speech, UM Vice Rector Rui Martins said that it was meaningful that this event was held on June 9, the International Archives Day, adding that the rare manuscript would provide an important reference point for understanding the politics, economy, and culture of China at the time, as well as the Portuguese’s understanding of China. In addition, Han Yongfu, deputy director of the First Historical Archives of China, Beijing, and Dr Cristina Pinto Basto, director of the Ajuda Library, Lisbon, each delivered a speech via video.

The Official Report of the Embassy of King John V of Portugal to Emperor Yongzheng in 1725-1728 documents in detail the itinerary of Alexandre Metelo, ambassador of Portugal, from Lisbon to Macao, via Guangzhou to Beijing, and then back to Macao and Lisbon. In addition to transmitting the ambassador’s impressions of the journey to the imperial court in Beijing, the manuscript also includes details of his life in Macao, his encounters with the Portuguese and local Chinese officials, and a list of gifts exchanged between the two sovereigns.

At the ceremony, António Vasconcelos de Saldanha, professor in the Department of History of UM’s Faculty of Arts and Humanities, gave an in-depth explanation on the history and importance of the manuscript. Items displayed during the ceremony included a photocopy of the manuscript, a high-definition photocopy of the letter from King John V of Portugal to Emperor Yongzheng on March 29, 1725, as well as a video from the Ajuda Library on a similar document of the 1727 embassy to Emperor Yongzheng and the Qianlong Emperor’s letter and gift lists to Joseph I of Portugal in 1753.

Many prominent members of the community attended the ceremony, including Lam Kam Seng, chair of the University Council of UM; Yonghua Song, rector of UM; Lao Mei I, representative of the director of the Cultural Affairs Bureau of Macao SAR; Paulo Cunha Alves, consul-general of Portugal in Macao and Hong Kong; Anabela Fátima Xavier Sales Ritchie, member of the University Council of UM; Rui Martins, vice rector of UM; Xu Jie, dean of the Faculty of Arts and Humanities; António Vasconcelos de Saldanha, professor in the Department of History, and Wu Jianzhong, librarian of UM. 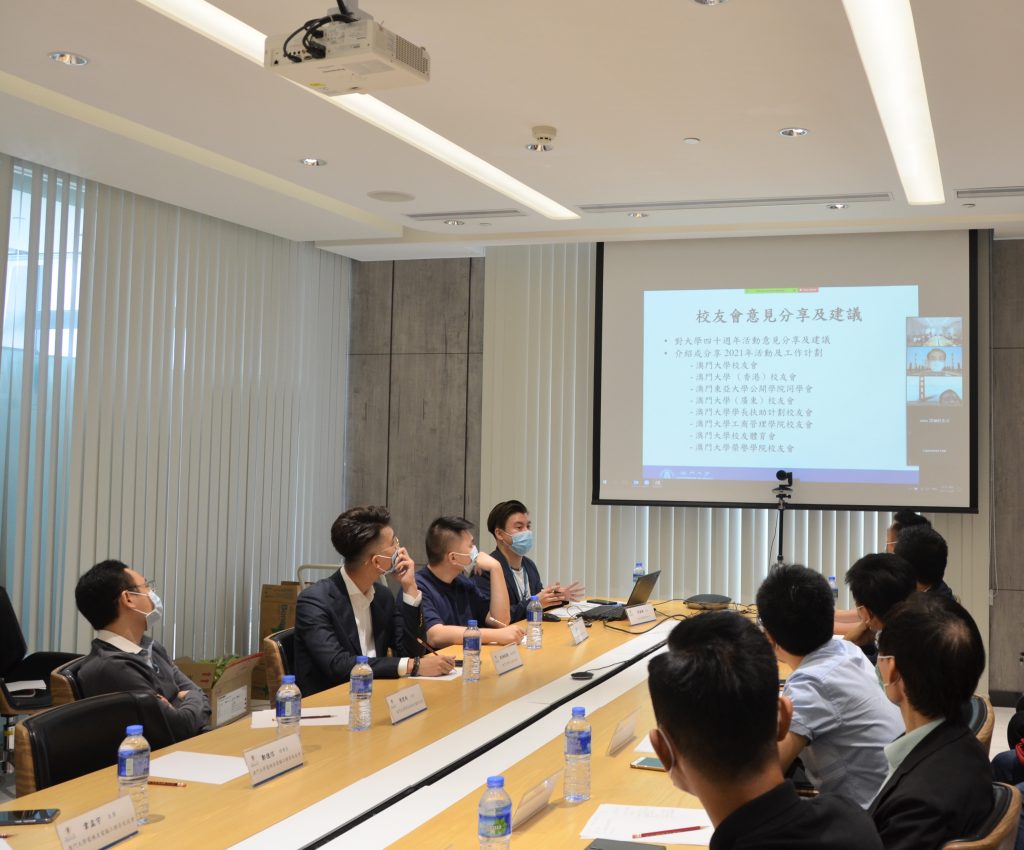