The Macao SAR government presented the Macao Science and Technology Awards 2020 recently to honor the researchers who have made contributions to the science and technology development in Macao. The University of Macau’s (UM’s) remarkable scientific research results have been well recognized by the SAR government as it has received 11 out of the 16 prizes.

Congratulations to our alumni awardees! Our best wishes to them for constantly giving play to their expertise, striving to seize opportunities from the development of Guangdong-Hong Kong-Macao Greater Bay Area, as well as making contributions to the promotion of industry-university collaboration and the technology development in Macao.

Below is a list of the award-winning projects and the awards received by UM alumni and their research teams: 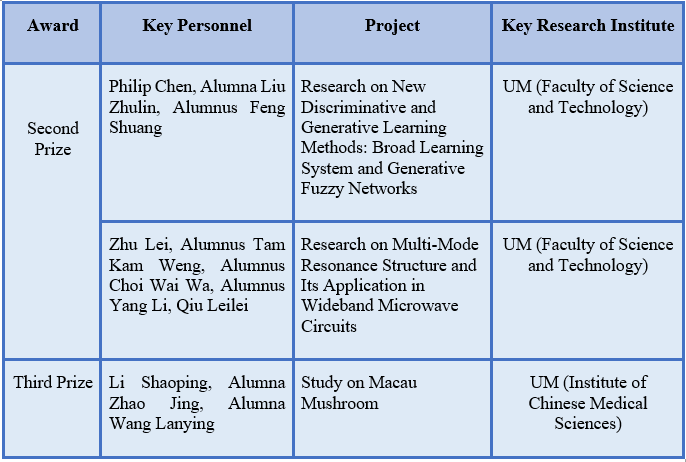 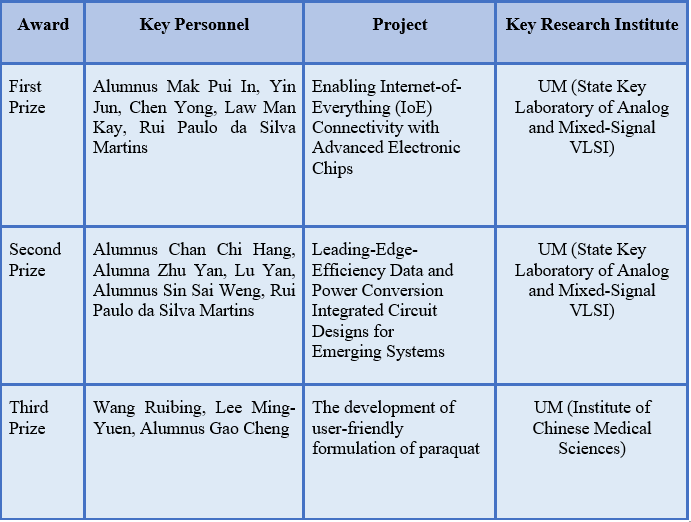