The University of Macau (UM) held the Joint Meeting of the University Assembly (UA) and University Council (UC) for the 2020/2021 academic year in its Ho Yin Conference Hall on 5 July. Ho Iat Seng, chief executive of the Macao SAR, chancellor of UM, and chair of the UA, presided over the meeting. In his speech, the chancellor stressed that this year marks the beginning of the implementation the 14th Five-Year Plan of China and the SAR government is working hard on the preparation of the Second Five-Year Plan of Macao in line with the national plan. As the only public comprehensive university in Macao, UM should play an important role in the future development of Macao, in accordance with the development strategies of the nation and the SAR. Furthermore, in line with the SAR government’s goal of developing Macao through science and education, UM should constantly enhance its comprehensive strength in order to achieve a quantum leap.

At the meeting, the chancellor shared his views on the future development of the university in five areas. In terms of accelerating the pace of developing UM into a world-class university, he expressed hoped that the university would formulate a sound development plan, clarify its objectives and core principles, continue to improve its talent development system, and introduce and nurture academic masters and discipline leaders, so as to promote the establishment of distinctive disciplines. In terms of promoting the commercialisation of research results of the university, he expressed hope that the university would give full play to the leadership role of the state ley laboratories, focus on key industries such as the health industry and high-tech industries, with Chinese medicine research, development and manufacturing as the starting point, and improve the mechanism for industry-academia collaboration. In terms of cultivating talent with leadership skills to govern Macao, the university should adhere to its tradition of patriotism, and continue to enhance the overall quality of its students, so as to lay a solid foundation for ‘patriots governing Macao’. In addition, the university should develop a high-quality team of faculty members with both expertise and integrity, and further improve its talent development system to enhance the competitiveness of its students.

In terms of accelerating the integration into national development, the chancellor expressed his hope that the university would actively participate in the collaboration between Guangdong and Macao in the development of Hengqin, and to fully cooperate with the construction of the Guangdong-Macao collaboration zone in Hengqin in the areas of talent training and industry-academia collaboration, especially in the development of key industries to promote the moderate diversification of Macao’s economy. In terms of building a higher education brand with local characteristics, higher education institutions in Macao should gradually increase student enrolment according to their own conditions and promote the marketisation and industrialisation of higher education. The number of students to be enrolled for each discipline should be planned according to local demand, and the student ratio should also be adjusted appropriately. Moreover, it is important to build a higher education brand with local characteristics by offering more courses that support the development of various industries and through collaborative education. He also urged UM to continue to uphold the principle of frugality and diligence and to continue to improve the efficiency of its administration.

UC Chair Lam Kam Seng Peter summarised the work of the UC in the 2020/2021 academic year. In the past year, the university continued to promote industry-academia collaboration through the state key laboratories of microelectronics and Chinese medicine. As part of the industry-academia-research ecosystem, the university should continue to leverage on corporate and market forces to increase the rate of conversion. In addition, recruiting and retaining talented people is one of the core strategies for promoting the sustainable development of the university. In an increasingly competitive environment for talent, the UC will formulate measures for attracting and retaining outstanding faculty members in order to lay a solid foundation for the university’s continued expansion in the future.

UM Rector Yonghua Song reported on the university’s efforts in nurturing world-class talent, promoting technology transfer, serving the local community, developing a world-class faculty team, and adhering to the principle of frugality amid the normalisation of the epidemic. According to Rector Song, the university has been focusing on providing whole-person education, optimising its academic system, promoting collaboration with mainland universities, and establishing more joint training programmes. The university has been moderately increasing the proportion of postgraduate students year by year. In the past year, new academic programmes such as Doctor of Public Administration, Doctor of Education, Master of Microelectronics, and Master of Financial Technology, have been launched in order to nurture professionals to meet the needs of society. In addition, the university has accelerated the establishment of the Zhuhai UM Science & Technology Research Institute, and has been working with local companies to leverage its strengths in science and education and to promote the transformation and upgrading of local industries as well as the moderate diversification of Macao’s economy.

Participants also held in-depth discussions on other related topics such as increasing university resources, teacher training, and the development of Chinese medicine. 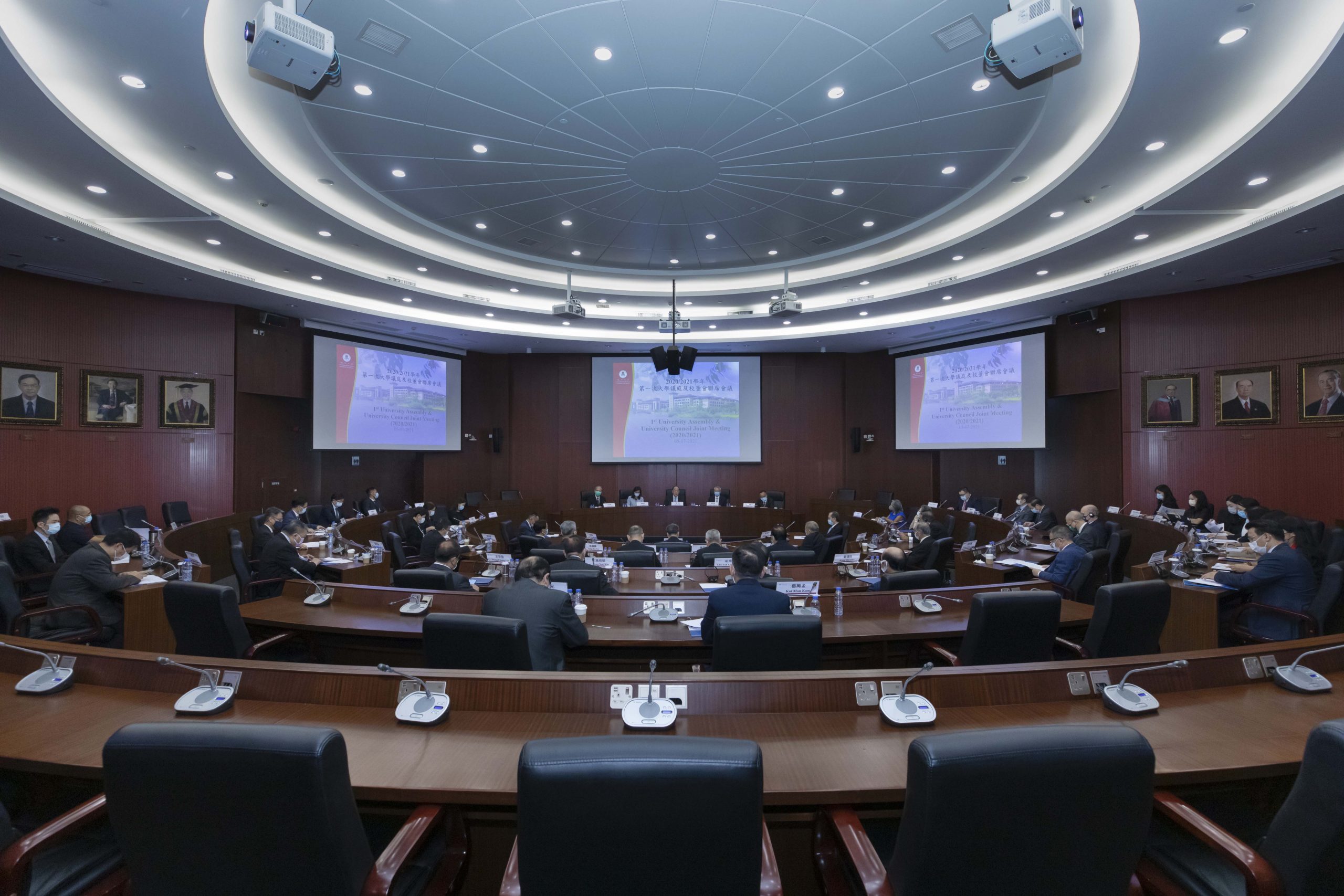 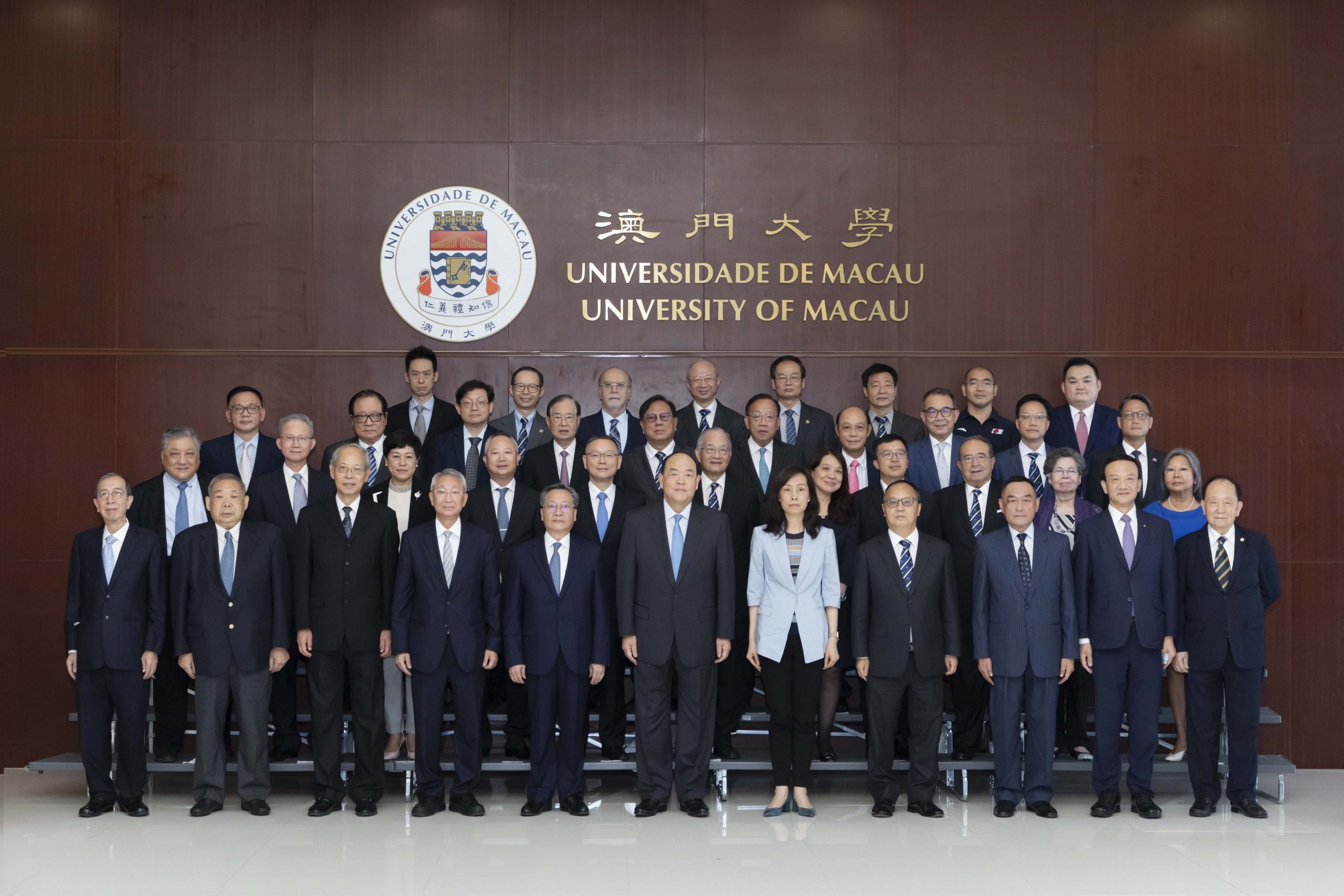