Ms. Celia Lao (Class of 1995, BBA in Marketing), UM Alumna and AirAsia Hong Kong and Macao CEO, was invited to be the speaker for the 68th Lecture of the UM Distinguished Lecture Series on 18 September 2019.

Alumnus Lao joined AirAsia in 2004 as AirAsia’s first employee in Greater China. That same year she brought AirAsia to Macao, making the airline the first low-cost carrier to operate international routes into the special administrative region.

Over the last 13 years, Lao has made great contributions to further AirAsia’s presence in Macao and Greater China. During this time, she has accumulated significant experience in regulatory and airport affairs, operations, marketing, sales, public relations and route network planning, laying a solid foundation for her to further develop and manage the business for Hong Kong and Macao.

During her tenure, the route network in Greater China grew to 448 weekly flights across 58 routes to 19 destinations in mainland China, Hong Kong, Macao and Taiwan. 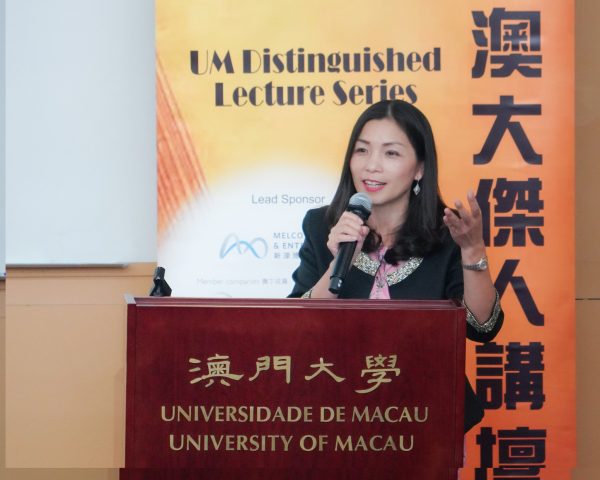 Alumna Huang Yin: Promoting the Chinese medicine industry to sail away from the GBA

Alumnus Vong Keng Hei: Leveraging your strengths to integrate into the development of the GBA